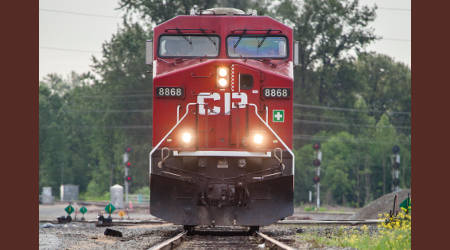 The strike began at 10 p.m. yesterday after the union and CP could not agree to a new contract. Negotiations with the company are ongoing, Teamsters Canada officials said in a statement.

"Teamsters are committed to working with federal mediators and reaching a negotiated settlement," they said. "The union is willing to remain at the bargaining table during the strike.

IBEW members also had voted to reject CP's final offer last week and issued a 72-hour strike notice. But the new agreement announced last night "ensures that IBEW employees will remain on the job and passenger operations are not impacted," CP officials said in a press release.

"We have come through a number of challenging years to become an operational leader," Creel said. "I look forward to working with this union to become the employer of choice."

IBEW Senior General Chairman Steve Martin said that while negotiations were difficult, "in the end we have reached a good deal for our membership and we're looking forward to building on the momentum of the last few days."