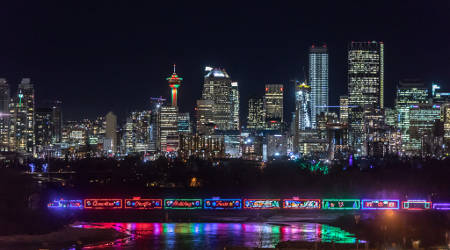 Canadian Pacific's 19th annual Holiday Train raised more than CA$1.5 million and 300,000 pounds of food for local food banks and food shelves on its Nov. 25-Dec. 17 trip through Canada and parts of the United States.

The train's charitable runs over the holiday season have raised more than CA$14.5 million and 4.3 million pounds of food since its inaugural journey in 1999, CP officials said in a press release.

"The momentum we see in the Holiday Train from year-to-year reinforces the good that we, and our partners at the food banks, are doing across North America," said Keith Creel, CP President and CEO. "Connecting with communities has been a theme for the CP family this year as we celebrate Canada 150, and what a way to end 2017, with more than 425,000 people across our network enjoying the magic of the CP Holiday Train."

The donations were used to buy more than 24,000 toys for distribution to children in need. The Christmas Train, with Santa on board, made its run on Dec. 9, starting in Jacksonville, Florida. The train made eight stops along its 351-mile route to Miami. 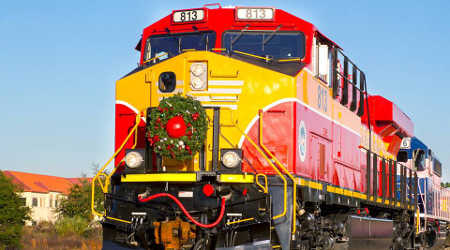 The FEC Christmas Train is run in coordination with the U.S. Marine Corps Toys for Tots Foundation.

To learn more about railroads' charitable efforts during the holidays, read this feature on ProgressiveRailroading.com.