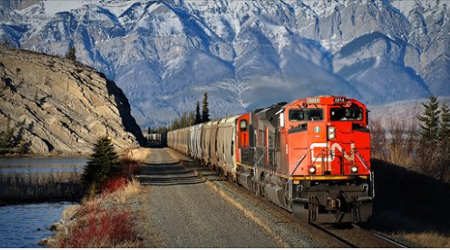 CN plans to acquire 1,000 new generation high-cube grain hopper cars over the next two years, the Class I announced today.

The investment is aimed at rejuvenating aging equipment needed to serve increasing annual crop yields, CN officials said in a press release. The new jumbo hopper cars will have 5,431 cubic feet of capacity.

CN's 12,000-car Western Canadian grain fleet is composed of CN-owned hoppers, leased cars and private customer equipment. The new cars will allow the phaseout of older, lower-capacity cars from the CN-owned and leased fleet, which has an average age of more than 30 years, company officials said.

The hopper cars will be built by National Steel Car Ltd. at its plant in Hamilton, Ontario.

"We clearly understand how important having an effective grain supply chain is to our nation's reputation as a stable trade partner. With this week's news of regulatory certainty, we can now make decisive long-term investments that will benefit the entire grain industry," Ruest said.

Earlier this week, Canadian lawmakers passed Bill C-49, the Transportation Modernization Act, which raises the ownership limit in CN to 25 percent from 15 percent.

"I am very pleased to hear that CN is using the positive conditions brought in by Bill C-49 to invest in new hopper cars. This decision will help grow the agricultural sector by ensuring farmers are able to reliably get their products to market," said Canada's Minister of Agriculture and Agri-Food Lawrence MacAulay.