Amtrak President and Chief Executive Officer Joseph Boardman informed the railroad's board and employees yesterday that he will step down from his post in September 2016. 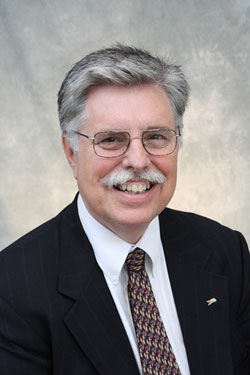 "When I look back at this time I see so many accomplishments and so many changes we made to make America’s Railroad a stronger, safer and a more important part of our nation's transportation system,” said Boardman in a letter to employees.

Boardman also said that he announced his retirement now so that the board members would have enough time to determine the qualities they want in the railroad's next leader.

In addition, Boardman said he still has things that he wants to accomplish before he retires. Still on his to-do list are Amtrak's future order for next-generation high-speed trainsets; receipt and operation of all new ACS-64 electric locomotives that Amtrak has ordered; and the advancement of positive train control (PTC) on Amtrak-owned track in areas outside the Northeast Corridor.

"There is no greater contribution that my generation of railroaders can make to the safety of our industry than full implementation of PTC," Boardman wrote.

Boardman also said that he will work closely with the board in the selection of a new CEO.

"I am confident that the time I have given the board they can achieve the goal of selecting a good leader for this company and provide a level of transition that a company like Amtrak deserves," Boardman's letter stated.

Boardman, 66, was appointed president and CEO on Nov. 26, 2008. Prior to his appointment, he served as an Amtrak board member and administrator of the Federal Railroad Administration (FRA).