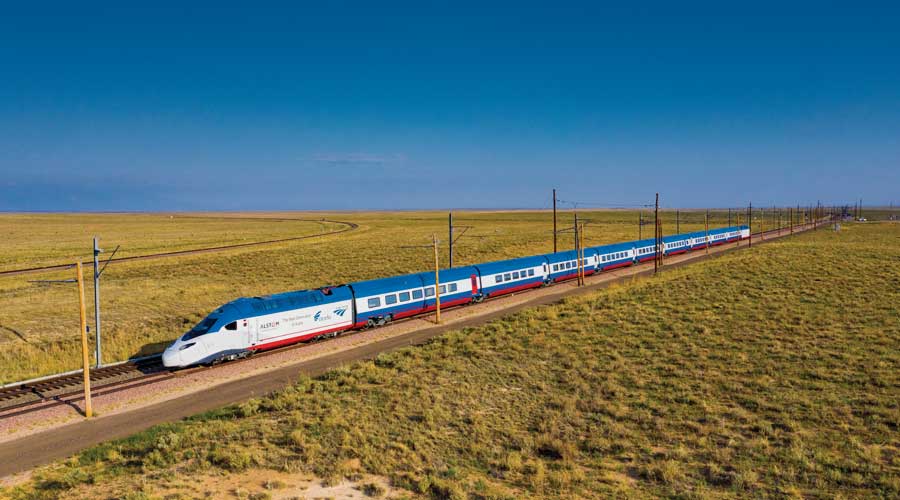 Under its proposal, the private group says it will expand Amtrak's NEC capacity to meet travel demand over the next 20 to 40 years. The group would operate 160 mph trains and include "triple-class service" for coach, business and first class on each train.

"For the first time, all passengers including senior citizens, students and families will have affordable, equal access to high-speed rail service in America which is funded by all taxpayers," the company's proposal states.

In a presentation yesterday to the Delmarva Rail Passenger Association, AmeriStarRail officials said their group doesn't want to replace Amtrak, but enhance it, WHYY.org reported.

The group would arrange private financing to fund its proposal. Its project would cost $5 billion for the NEC expansion and to create a centralized maintenance center, which likely would be in Delaware, according to WHYY.org.

"We simply would be setting ourselves up as a company, much like in the airline industry, where you have various private companies operate routes for the major carriers, like American has American Eagle or United has United Express," said Scott Spencer, ASR co-founder and chief operating officer, according to the WHYY.org's report. "The private entity has a different name, but they operate as an affiliated carrier under that marketing brand. So, we're simply using the airline model to improve Amtrak service."

AMR would have to get approval from the U.S. Department of Transportation to pursue its proposal.

Amtrak could not be reached for comment prior to press time.