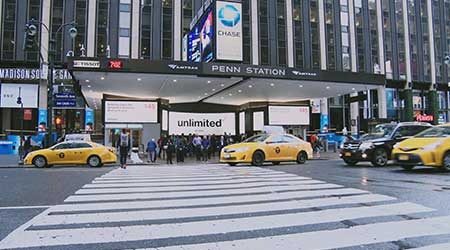 Amtrak's board late last week approved an agreement with the Metropolitan Transportation Authority (MTA) to advance two proposals: one calling for MTA Metro-North Railroad commuter service to and from New York Penn Station and the other for a study of Amtrak service to and from Long Island, New York.

Regarding the Metro-North service, the agreement calls for MTA and Amtrak to continue their joint commitment to the Penn Station Access project, which will include advancing the design and eventual construction of additional infrastructure on the Hell Gate Line.

Those improvements — which include four new stations in the Bronx — are "essential" to enable Metro-North commuter-rail service between New York Penn Station, the Bronx and southwest Connecticut, Amtrak officials said in a press release.

The Penn Station Access project includes upgrading the right of way with new track, switches and station platforms, as well as power, signal, communication and infrastructure modifications to allow for commuter-rail service. MTA will fund all the infrastructure costs and has agreed to share in the future costs of operation, maintenance and recapitalization of the line, Amtrak officials said.

In addition, Amtrak and MTA officials agreed to begin planning for the eventual operation of Amtrak direct service between Long Island and New York Penn Station. The access would allow for through and connecting service from Long Island to other Amtrak destinations in the region, Northeast Corridor and the nation, according to Amtrak.